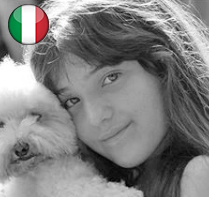 About the Italian language

Italian (italiano or lingua italiana) is a Romance language of the Indo-European language family that evolved from the Vulgar Latin of the Roman Empire. Italian is credited as the most direct descendant of Latin, being the closest to it among the national languages and the least divergent from it together with Sardinian when regional and minority languages are also taken into account. Italian is an official language in Italy, Switzerland (Ticino and the Grisons), San Marino, and Vatican City. It has an official minority status in western Istria (Croatia and Slovenia).

It formerly had official status in Albania, Malta, Monaco, Montenegro (Kotor), Greece (because of the Venetian rule in the Ionian Islands and by the Kingdom of Italy in the Dodecanese), and is generally understood in Corsica by the population resident therein who speak Corsican, which is classified as an Italo-Romance idiom. It used to be an official language in the former colonial areas of Italian East Africa and Italian North Africa, where it still has a significant role in various sectors.