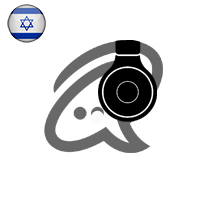 About the Israeli Hebrew language

The Israeli population is linguistically and culturally diverse. Hebrew is the country's official language, and almost the entire population speaks it either as native speakers or proficiently as a second language. Its standard form, known as Modern Hebrew, is the main medium of life in Israel. Arabic is used mainly by Israel's Arab minority which comprises about one-fifth of the population. Arabic has a special status under Israeli law.