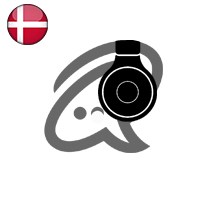 About the Danish language

Danish, dansk pronounced is a North Germanic languagespoken by about six million people, principally in Denmark, Greenland, the Faroe Islands and in the region of Southern Schleswig in northern Germany, where it has minority language status. Also, minor Danish-speaking communities are found in Norway, Sweden, the United States, Canada, Brazil, and Argentina. Due to immigration from Denmark, about 10% of the population of Greenland speak Danish as their first language.

Along with the other North Germanic languages, Danish is a descendant of Old Norse, the common language of the Germanic peoples who lived in Scandinavia during the Viking Era. Danish, together with Swedish, derives from the East Norse dialect group, while the Middle Norwegian language (before the influence of Danish) and Norwegian Bokmål are classified as West Norse along with Faroese and Icelandic. A more recent classification based on mutual intelligibility separates modern spoken Danish, Norwegian, and Swedish as "mainland Scandinavian", while Icelandic and Faroese are classified as "insular Scandinavian". Although the written languages are compatible, spoken Danish is distinctly different from Norwegian and Swedish and thus the degree of mutual intelligibility with either is variable between regions and speakers.